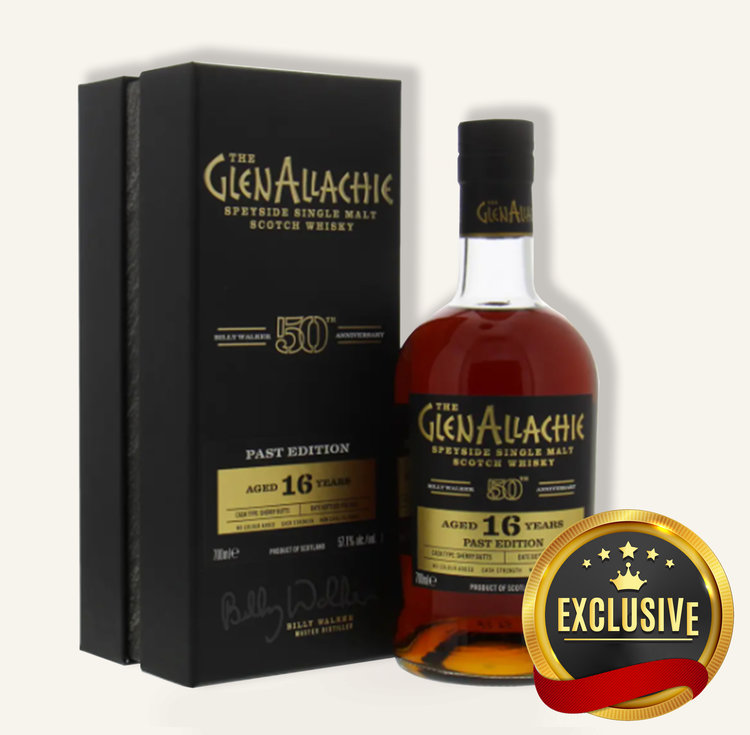 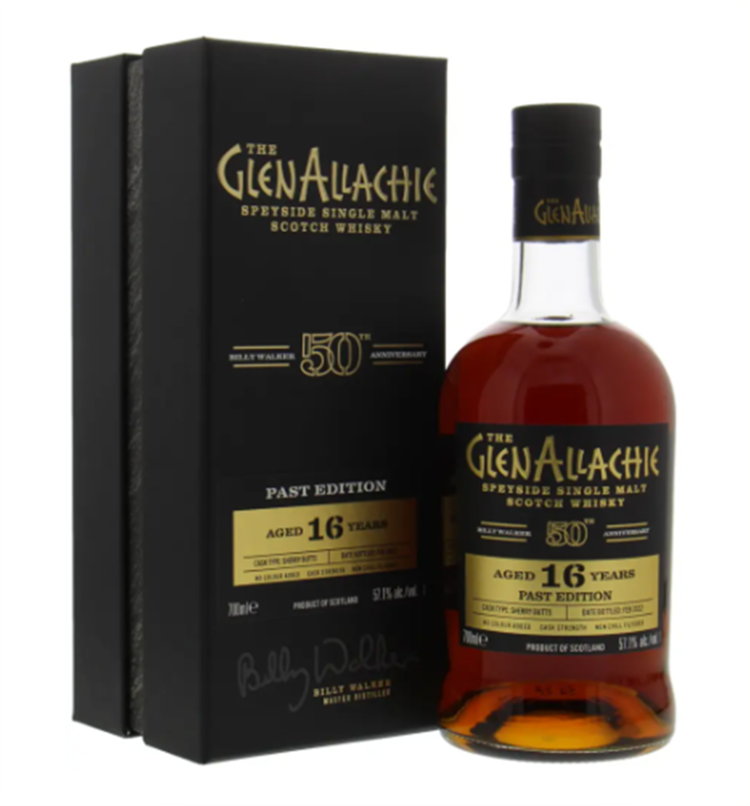 Launched in May, the landmark range honours foremost whisky master Billy Walker’s remarkable half-century-long career in the Scotch whisky industry, with each release symbolising a key milestone for the veteran blender.

The Present Edition is revealed today as a Mizunara Virgin Oak Cask Finish, Walker’s first-ever use of the highly unusual oak species, representing the pioneering wood policy he is currently implementing at The GlenAllachie Distillery.

Due to the scarcity of Mizunara oak, the release is limited to just 2,900 bottles globally; each proudly presented at a high strength of 48% ABV, without added colouring or chill filtration.

Back to home
Springbank

Out of stock
Article code 610854000202
With its warm, golden glow, the 21-year-old is inviting, creamy and offers incredible complexity. The maritime influence discovered in this single malt takes you on a journey to its hometown of Campbelltown. 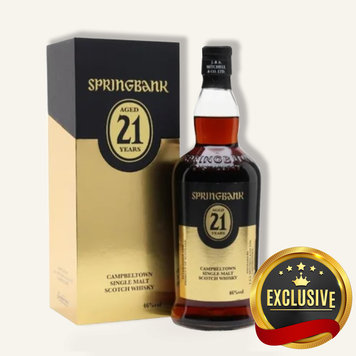 Out of stock
Article code 5000267096049
This limited edition design represents the Kármán line, the altitude at which aeronautical flight becomes impossible due to the thinning of the atmosphere, and thus is officially recognized as the boundary between Earth’s atmosphere and space. 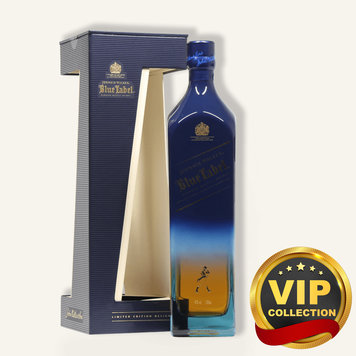 In stock
Article code 5060568325101
This 100% sherry matured malt represents Billy’s past, when he made a name for himself by releasing rich and indulgent heavily sherried expressions. 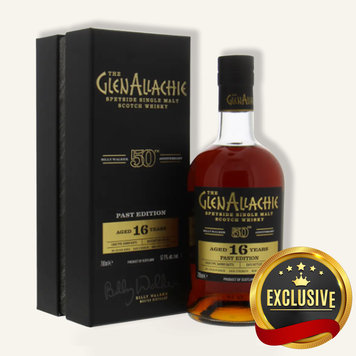 In stock
Article code 88076181892
Inspired by the Dog as a symbol of prosperity. This unique and intricate design tells the story of Johnnie Walker and his clever canine companion journeying around the world, bringing good fortune to all as they rejoice in the arrival of the new year. 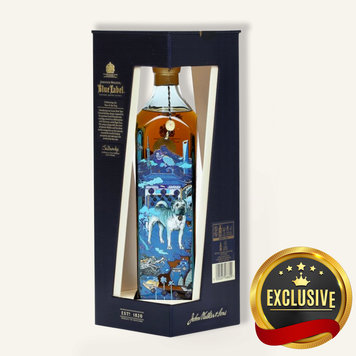 In stock
Article code 088076182875
This is inspired by the iconic and rewarding first bottling of the 16 year old released in 1992. It has been matured in only Sherry casks to impart rich, fruity, and fragrant notes atop the beasty complexity synonymous with Mortlach. 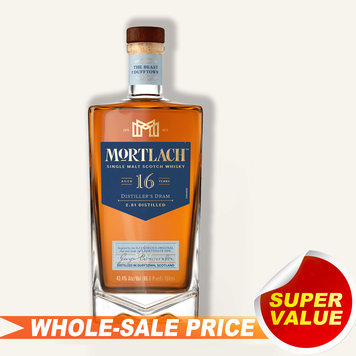 In stock
Article code 5060568325361
This single malt demonstrates a passion for sourcing interesting barrel types from around the world. Aged for 11 years in barrel after a 2010 red wine from Napa Valley, one of the world's most famous wine regions. 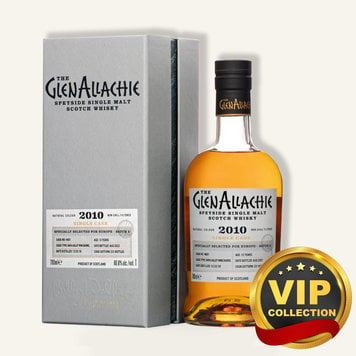 In stock
Article code 610854005368
A recent addition to the Longrow range, the 21 year old is a limited annual release. The predominant sherry maturation of our most recent release complements the smoky character. 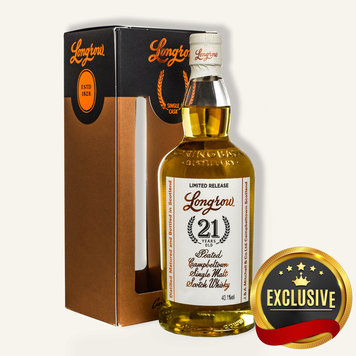 In stock
Article code 083664874941
The Second Red Rose is finished in Australian Shiraz casks, for an elegant dram brimming with notes of fresh, ripe fruits and delicate spice. 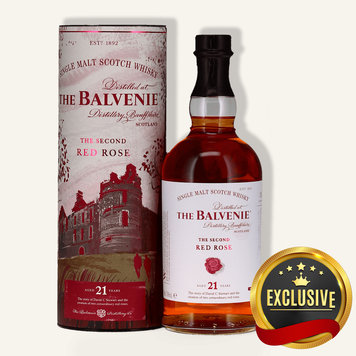 In stock
Article code 083664874927
Glenfiddich 30 year suspended time, This 30 year old focusses on the moment when Glenfiddichs master distiller suspends the development of the whisky with his decision to bottle it. 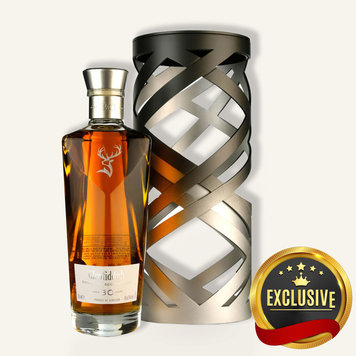 In stock
Article code 5060568320083
This 18-year-old Speyside single malt is one of four whiskies released as part of GlenAllachie's new core range for 2018 – the first released since the distillery changed hands in 2017. 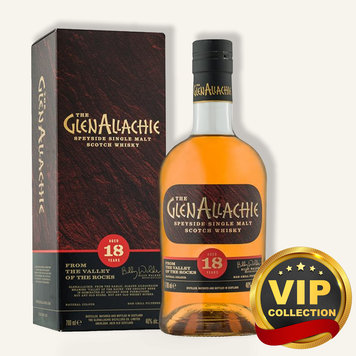