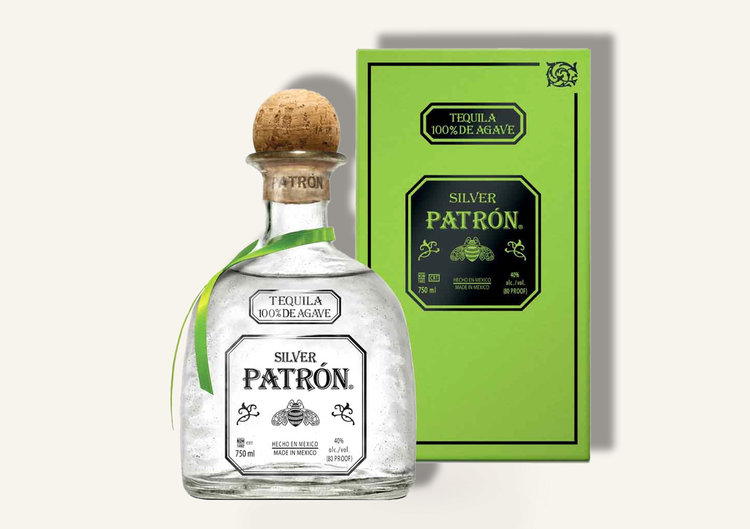 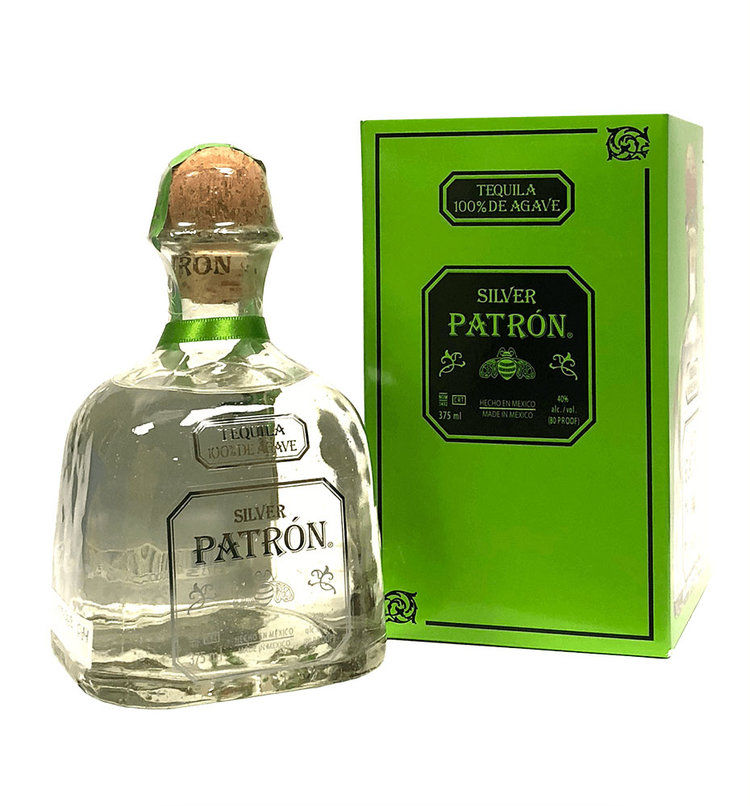 Tequila has been around for generations, but it wasn't until Patrón launched in 1989 that the world was introduced to ultra-premium tequila.

Patrón (Spanish for "the good boss") was the brainchild of two entrepreneurs, John Paul DeJoria and Martin Crowley, whose love of tequila and desire to create the best tequila in the world led them to the Highlands of Jalisco, Mexico. There they found tequila industry veteran Francisco Alcaraz and asked him to produce the most extraordinary, highest-quality, 100 percent agave tequila possible. From that fortuitous meeting, Patrón Tequila was born.

Patrón's success is due in no small part to its founders' hunch early on that consumers were ready for an ultra-premium luxury tequila, a spirits category which at the time didn't exist. Few exported tequilas back then were created from 100 percent agave — from the beginning, Francisco's handcrafted method for Patrón included not only 100 percent Weber Blue Agave but also a centuries-old technique called the tahona process, where agave fibers are slowly crushed by a large volcanic stone wheel and then the agave juice is fermented and distilled with the agave fiber. Francisco created tequila from this process and tequila from the more modern roller mill process, and blended them together to become Patrón.

But to successfully market Patrón as a sophisticated drink, Patrón's founders first needed to change the public's perception of tequila. Early adopters who first tried the product and told others about it discovered that Patrón's smooth taste, extraordinarily refined flavors, and high quality set it apart from other tequilas. This was a tequila very different from people's notion of tequila.

The company's first tequilas were Patrón Silver and Patrón Añejo, which were followed in 1992 with the introduction of Patrón Reposado, and in 2017 with Patrón Extra Añejo. Also launching in 1992 was Patrón XO Cafe, a distinct coffee liqueur characterized by its uniquely dry — not sweet — taste. Patrón Citrónge, an extra-fine orange liqueur, was also created in 1992, offering Patrón lovers the ultimate ingredient for a perfect margarita. Today, that line has expanded to now also include Patrón Citrónge Lime liqueur, Patrón Citrónge Mango liqueur, and Patrón Citrónge Pineapple liqueur.

In 2004, the year when Patrón became the first spirit ever to receive the Five-Star Diamond Award from the American Academy of Hospitality Sciences, Patrón Spirits debuted its Gran Patrón Platinum Tequila. This "super ultra-premium" spirit is created from only the finest agave from the harvest, triple-distilled for extraordinary smoothness, and then packaged in an etched crystal bottle inside an elegant black display case. Joining Gran Patrón Platinum in 2007 was Gran Patrón Burdeos, a beautifully packaged limited-production añejo that is aged for a minimum of 12 months in used American oak barrels, distilled again and aged in new French oak before it’s then finished in vintage French Bordeaux barrels. Extending the Gran Patrón line, in 2013 Gran Patrón Piedra was introduced, marking Patrón's first extra añejo tequila (aged for more than three years). The line was again expanded in 2018 with the introduction of Gran Patrón Smoky.

One of the most significant new product launches for the company came in 2014 when Patrón introduced Roca Patrón, a line of artisanal tequilas created entirely from the ancient tahona process. These tequilas (Silver, Reposado and Añejo) are finished at their own specific proof levels to ensure the best flavor profile for balance and complexity.

Patrón Tequilas and liqueurs are today now available in more than 100 countries and islands across the world, and sold in global duty free outlets (with a history of solid success in the U.S., Patrón Spirits began developing and growing its international distribution in 2005). But, even though Patrón Tequila continues to grow, it is still produced in the same way, in the same small batch process that Francisco perfected those years ago.

Patrón is also dedicated to limiting the environmental impact of its production. Several years ago at the distillery, a multi-million dollar reverse osmosis plant — the first of its kind in the tequila industry — was completed to reclaim up to 70 percent of wastewater and turn it into clean water for cooling towers and cleaning processes. Also, leftover agave remnants are turned into organic compost, which is donated to community gardens and given to local farmers to spread in their agave fields. The Hacienda Patrón distillery has earned ISO 14001 certification and clean industry certification from PROFEPA (the Mexican Federal Environmental Protection Agency) for these efforts to reduce waste, lessen emissions, and sustain the environment. The Hacienda Patrón distillery is also now connected directly to a natural gas pipeline, significantly reducing harmful air emissions.

In addition to community and environmental efforts in Mexico, Patrón has also given generously over the years to numerous local, national and global charitable organizations that help feed the hungry, care for the environment, and rebuild people's lives.

In 2018, Patrón Spirits International proudly joined Bacardi Limited, the largest privately held spirits company in the world. As part of the Bacardi family, Patrón continues to evolve its innovative product offerings, and today Patrón remains one of the world's fastest-growing global spirits brands.

Back to home
Patrón 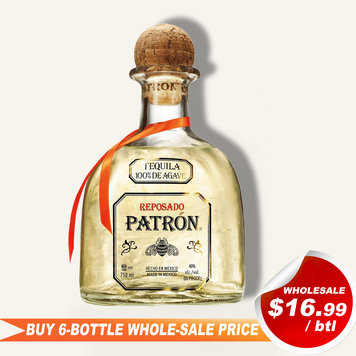 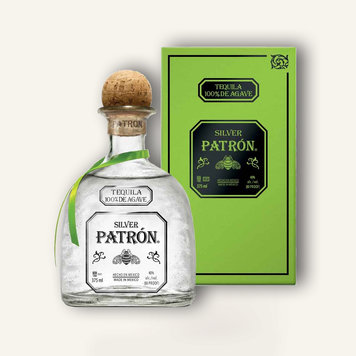 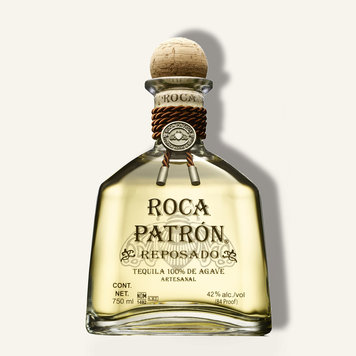 Article code 720815930636
100% agave tequila that is the essence of products produced by the Corralejo family, as it is the beginning of the history of each of our products, since all tequilas begin white and become rested or aged depending on their maturity time. 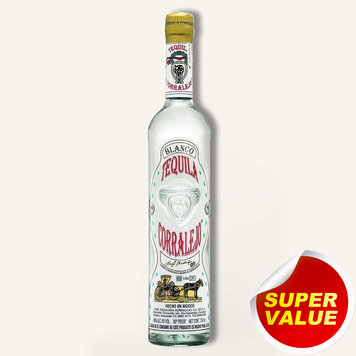 El Jimador Reposado begins with 100% hand-harvested blue Weber agave, naturally fermented and double distilled. Then it enjoys a two-month siesta in our own handmade American oak barrels until the perfect moment. 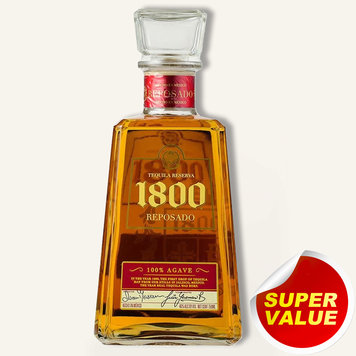 The Reposado rests for two months in large oak vats to ensure minimal contact with wood, giving it a livelier agave taste than most wood-treated tequilas. It's light in color with a floral-vanilla scent and has a distinct, smoky finish. 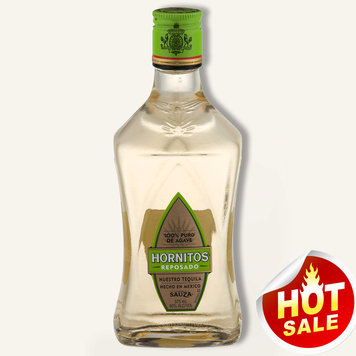 This tequila is no longer produced and when it was about 6-8 years ago, its distribution was very limited. Don't miss this chance to own this no longer available bottle of Tequila Toltech. 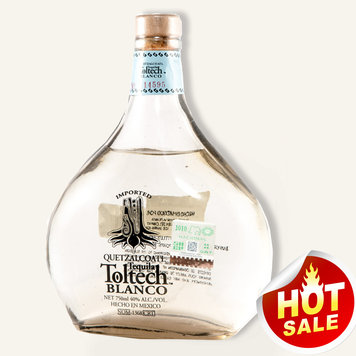 Article code 080480170028
Early nosings detect notes of dill and black pepper. On the palate Cazadores is nimble and off-dry at entry, then by midpalate the flavor resembles cocoa bean and asparagus. Finish is clean, light and off-dry. 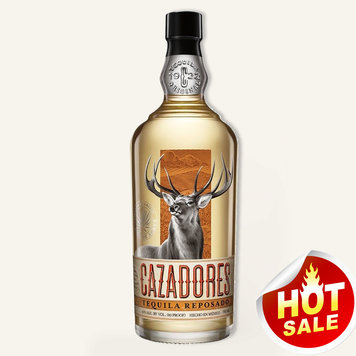