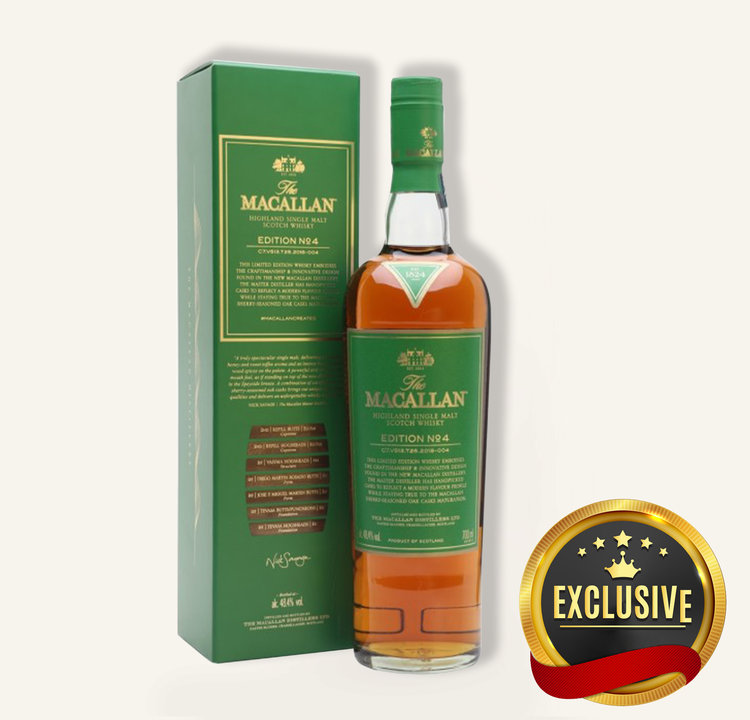 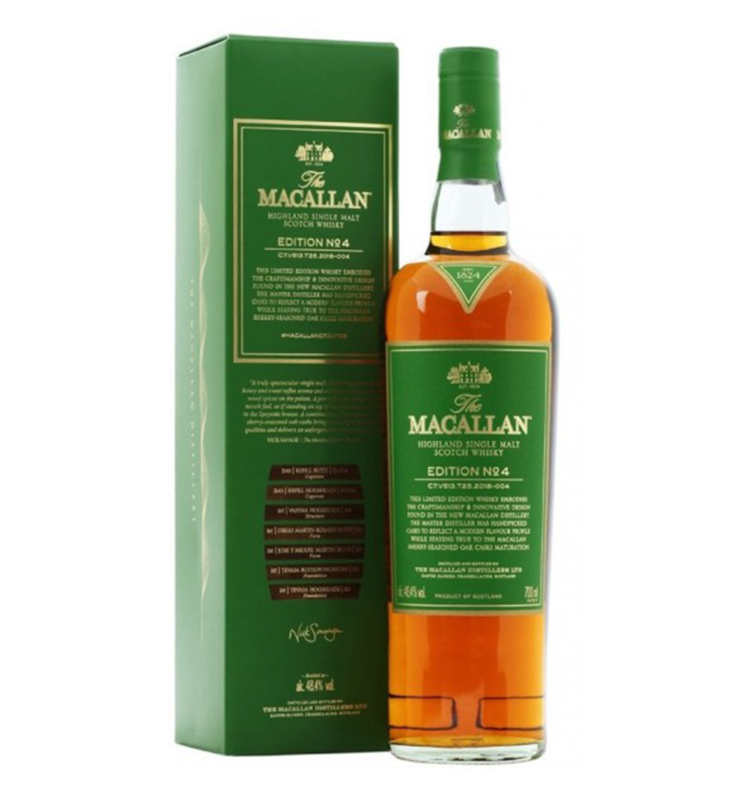 A unique selection of oak cask styles are combined to yield a new limited edition expression each year. Edition No. 4 embodies the craftsmanship and pioneering design of the new Macallan Distillery and demonstrates the mastery of whisky making on the estate since 1824.

The fourth release in this innovative annual Series, Edition No.4 embodies the craftsmanship and pioneering design of the new Macallan Distillery and demonstrates the mastery of whisky making since 1824. As we enter an exciting new era, this limited edition marks the coming together of their history and new horizons in the creation of two structural masterpieces: a remarkable whisky and a magnificent new distillery.

Nose: Bold and rounded honey with a sweet apple note. Orange zest follows a background of ginger and nutmeg. Robust, polished matured oak comes at the end in contrast to the subtle green wood and oral undertones.

Palate: Nutmeg with wood spices and green cloves open up immediately, with a calm following the intense beginnings, leaving a sweet and vanilla viscous mouth coating.

The Macallan distillery is a single malt Scotch whisky distillery in Craigellachie, Moray. The Macallan Distillers Ltd , is a wholly owned subsidiary of the Edrington Group which purchased the brand from Highland Distillers in 1999.

In 2009, The Herald reported that Macallan was "the world’s third largest-selling single malt (behind Glenfiddich and Glenlivet) with over 500,000 cases a year, and second largest by value".The Scotsman published a quote from Ken Grier on 16 August 2009, stating: "We have now overcome Glenfiddich to move into the second biggest selling single malt by volume behind Glenlivet". In 2011, Edrington Group reported that prior-year sales of The Macallan were up 8% to over 700,000 cases and the BBC also reported that an office was being opened in New York to deny growth in the American market

Originally, The Macallan was matured only in oak sherry casks brought to the distillery from Jerez, Spain. Beginning in 2004, The Macallan introduced a new main product, the Fine Oak series, with the whisky mellowed in bourbon oak casks as well as sherry ones.

In stock
Article code 5010314308780
A captivating expression inspired by the similarities in the creative approaches of crafting whisky and creating music. 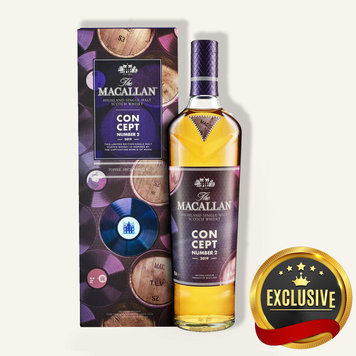 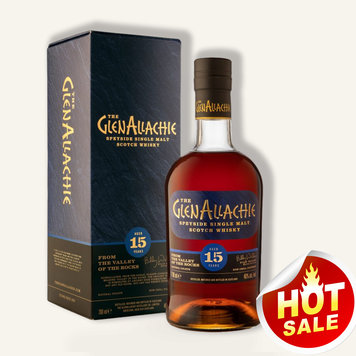 In stock
Article code 610854003869
Limited to 3,600 bottles, Springbank have released this heavily peated expression aged for 21 years. Aged in a combination of bourbon and sherry casks. 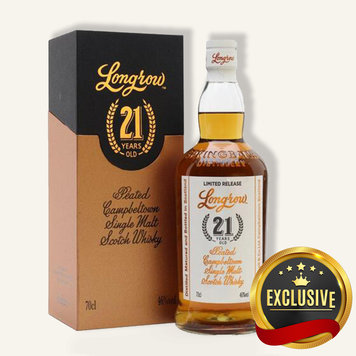 In stock
Article code 4901777020306
Suntory Hibiki 17 year old blended whiskey is a mouth-rich and vibrantly crafted offering that you will want to truly sink your tastes into! 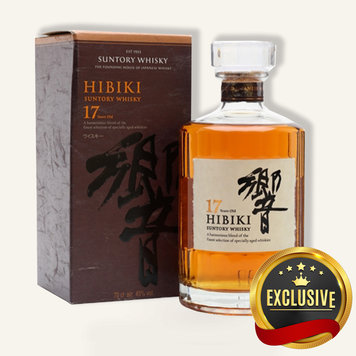 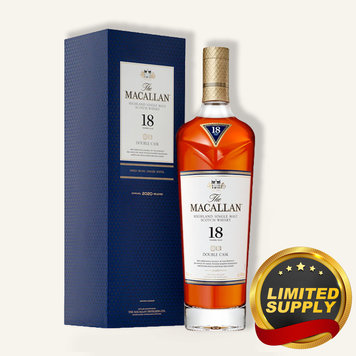 In stock
Article code 5010314302795
Edition No.2 is a collaboration between master blender Bob Delgarno and legendary Spanish chefs Joan, Josep and Jordi Roca. A combination of sherry puncheons, butts and refill hogsheads, this is a deliciously floral and fruity whisky . 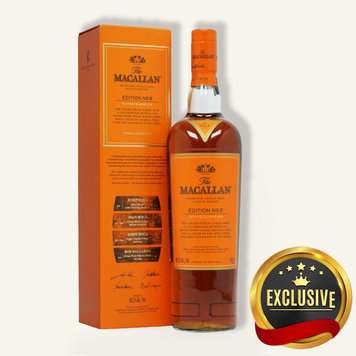 In stock
Article code 850483000246
A joyful union of delicious toffee and hazelnut, bound together by sweet peat smoke. 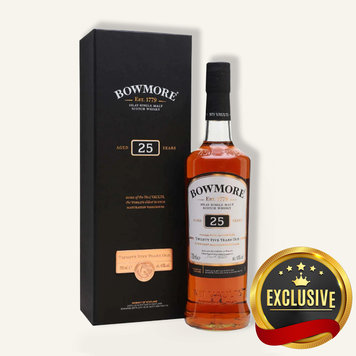 In stock
Article code 632070101471
Glimmering bronze color. Mature and fragrant with heavy spices and dark chocolate notes. Bitter chocolate and creamy vanilla with hints of toffee, followed by a long and spicy finish. 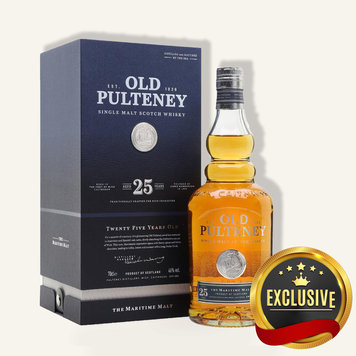 In stock
Article code 087647113034
A true coming of age single malt, extra years of maturation boasts a higher strength at 43.8% ABV and rarities of flavors from Colombian coffee to Sanguinello blood oranges. 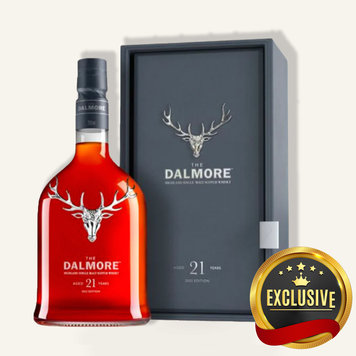 In stock
Article code 5010314304911
A unique selection of oak cask styles are combined to yield a new limited edition expression each year. Like preceding releases, No.3 is an exploration into our approach to whisky making, exposing the detail of its creation, and offering true transparency 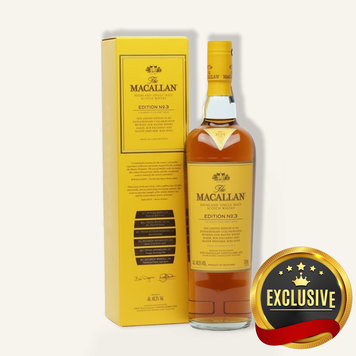 The Macallan
The Macallan Edition No.3 Single Malt Scotch Whisky 700ml
$699.88
Free shipping order over $80
Fast Delivery only in California
We're sustainable because we love our planet too!
Awesome support Respond fast