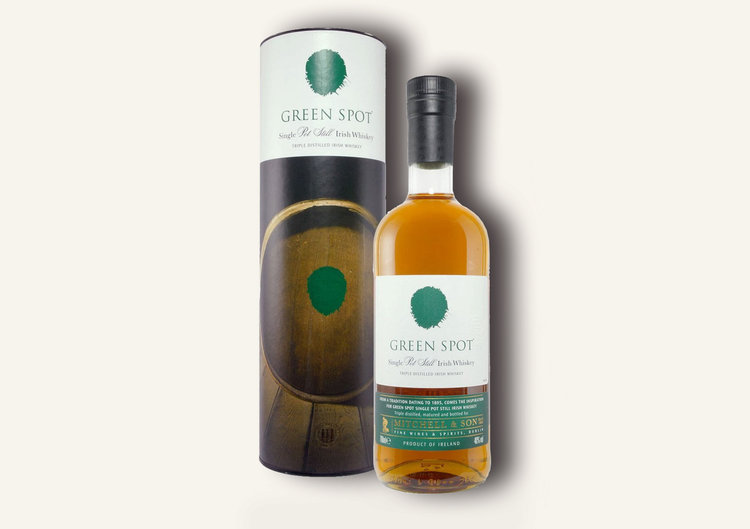 In 1805, William Mitchell purchased no.10 Grafton Street and set up a bakery and confectionary business.

In 1887, Robert Mitchell, a gentleman of not inconsiderable business acumen, expanded the business into whiskey bonding, moving shortly thereafter to new premises around the corner to No.21 Kildare Street. The family first commenced retailing the venerable Green Spot whiskey in 1933 at which time one could purchase "John Jameson & Son 10 Year Old Green Seal @ 180/-per dozen".

There was an insatiable demand for the consistently flavoursome Irish whiskey and the numerous Irish distilleries were at maximum capacity. As was the norm for that time in Ireland, there were hundreds of merchants involved in the bonding trade - purchasing new make whiskey spirit under bond (i.e. excise tax was not payable) and maturing itthemselves before bottling it for sale. As a result, there was an abundance of whiskeys available on the market, many carrying the same Distiller's name, and differentiated only by the name of the bonder and bottler. Due to the suspect practices of certain bonders, the quality varied significantly, and in time, distillers began to bottle their own whiskeys, thereby guaranteeing the quality of the final bottled whiskey. Thus, the practice of selling whiskey to bonders died out and with that, so did most of the bonder whiskey brands.

A genuinely family concern, the Mitchell family involvement with fine wines and spirits started with William Mitchell decided to quit his steady employment in England and seek greater fortune on the Isle of Ireland. Soon after the journey, William purchased an exceedingly fine premises on Dublin’s Grafton Street and opened his own bakery and confectionery business.